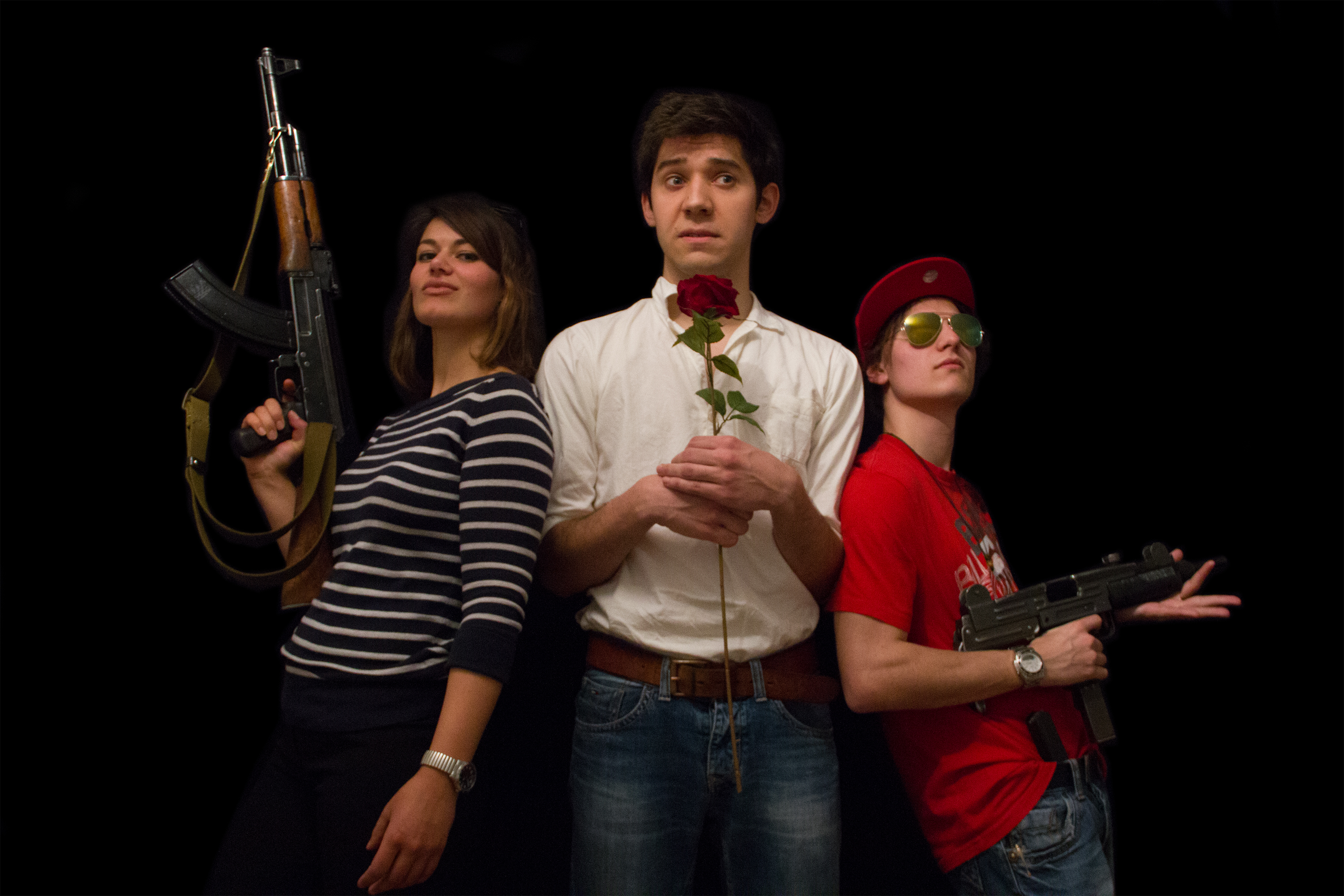 The new film featuring Helmut Berger (Ludwig, Saint Laurent) will screen at Paris Independent Film Festival in the presence of the cast and crew on November 27. Timeless – directed by Alexander Tuschinski – dissects the nature of power and ideologies during its 108 minutes runtime. American stars like Harry Lennix (The Blacklist, Batman v Superman) and Rick Shapiro (Project X) along international screen legends like Angus Macfadyen (Braveheart, Equilibrium) and Zachi Noy surprise in unexpected major roles. Timeless does not adhere to genre conventions: Slapstick-comedy intercuts with anarchist moments (like smashing an expensive car) and hard-hitting, realistic WW2 scenes – filmed with one of the last drivable Soviet T-34 tanks in Germany.

In Timeless, Arnold (portrayed by Sebastian B.) – a young man from the 1930s – suddenly time travels to a near future where a new dictatorship is rising. He meets Konstantin, an independent artist and passionate womanizer. The two experience hilarious adventures as a satirical view of today’s society. Slowly, the dictatorship becomes more oppressive, and they get caught up in a rebellion against the establishment. Konstantin regards this as the “greatest artwork” of all, as it truly can change society…

Timeless is written and directed by Alexander Tuschinski, a young, acclaimed German avant-garde filmmaker. His previous comedic works have been compared to the early works of Woody Allen and had worldwide success at international film festivals. Timeless is the continuation of Tuschinski’s “Trilogy of Rebellion” that started in 2010 with his film “Menschenliebe”. Famous film directors like Hugo Niebeling and Tinto Brass, along film scholars like Miles Kreuger, have praised Tuschinski’s works.