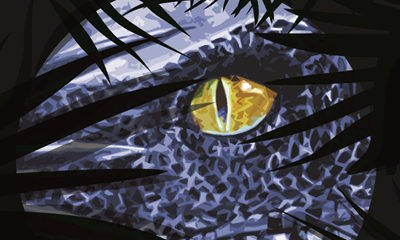 Op Raptor officers in Basildon and Southend are believed to be amongst the first in the UK to use Community Protection Notices to tackle gang activity.

Operation Raptor, a team set up to detect and disrupt gangs who travel to Essex, is using the civil power to make it more difficult for the gangs to deal drugs and commit violence in the area.

Community Protection Notices are being issued to gang members who cause nuisance, annoyance or disorder in the community by dealing drugs on the street, taking over the homes of vulnerable people from which to deal and using vehicles to transport and sell drugs.

The notices allow officers to attach conditions including not to be found in a vehicle for which they are not the registered keeper, not to be found at a particular address or not to be in the company of named individuals.

Before a notice can be issued, offenders are first given a verbal warning followed by a written warning in the form of a letter. If their behaviour continues, a notice is issued.

If the notice is breached, the offender will be reported for summons to court where they can be convicted and made the subject of a Criminal Behaviour Order.
So far the team has issued 40 warnings and two Community Protection Notices across Basildon and Southend.

Three Criminal Behaviour Orders have been issued to offenders convicted and sentenced for supplying class A drugs and another 20 are in progress.

In one case, a 20-year-old man and 51-year-old man from Southend who were working together to deal crack cocaine and heroin were both made the subject of five-year orders banning them from contacting each other and being in possession of more than one mobile phone upon their release from prison.

In a separate case, a 25-year-old man from Basildon jailed for three years for possession with intent to supply heroin and cocaine was made the subject of a ten-year order. The order bans him from being a passenger in a hire vehicle or being in possession of a mobile phone not registered to himself.

The Community Protection Notices and Criminal Behaviour Orders are just two of the tactics being used by the Operation Raptor team to disrupt gang activity.
Since the team covering the South Local Policing Area was formed in May 2014, they’ve made more than 900 arrests, executed 233 warrants and seized drugs with an estimated street value of more than £1,900,000.

Sgt Ashley Holland said: “Drug dealing and violence understandably cause concern in our communities and we will continue to use a variety of tactics to bring to justice gang members who think they can travel to Essex to commit their crimes.  So far, the work of the Operation Raptor team across Basildon and Southend has resulted in 368 individuals being charged with crimes connected to gang criminality.

“As well as enforcement activity, Operation Raptor is about working with our partner agencies to offer support to those affected by life in a gang.

“Although the Community Protection Notices and Criminal Behaviour Orders aim to make life too difficult for gang members to bother operating in our county, they can also help offenders break free from gang life through referral to specialist support services.”