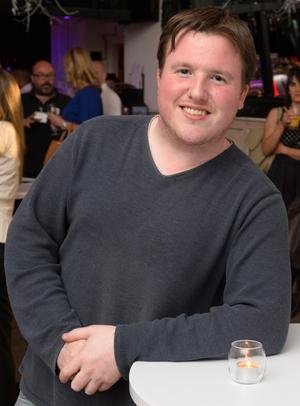 Its episode four of The Apprentice, where the candidates take over part of the world-famous department store Liberty of London and have to introduce a new product line into the store. I’m thinking maybe Karthik could come up with something for uni-brows?! Lol

It’s 5.45am and the candidates wake up to meet at Drapers Hall where Lord Sugar describes the task at hand. Claude is now following team Nebula and Karen for team Titan. Omg we’ve just been struck with a bombshell! Aleksandra has decided to leave the process and return home to her family.

9am. The teams have chosen their project managers and arrive at the Liberty of London department store. They have to decided what new range they will introduce, will it be bags, scarves, umbrellas or anything else….including extremely high prices.

Both teams have gone through what they will sell and their windows are unveiled at the department store. Claude is not impressed with Nebula’s, neither am I TBH, it does not make any sense at all. Dear oh dear, even the most drunken person ever makes more sense than their window!

Teams have divided up into who will go on the shop floor and who will sort out the products. Scarves are certainly selling well and handbags seem to be selling themselves. Karthik turns on the charm and is more confident; “a fashion guru” states Claude. Not bad for an I.T. consultant, someone’s had a software upgrade hehehehe

Oh my days, this episode is getting mega boring! It’s like watching a non-comedy version of ‘Are you being served?’!! Phew, trading is now over; now to the interesting part. Which team will win and who will be fired?

The teams enter the boardroom the next day. Lord Sugar says that he has saved himself a cab fare with Aleksandra’s departure. Claude states that team Nebula made £4377.99 in sales and Karen reads £5259.38 for team Titan. It’s not looking good for team Nebula at all in this series.

The candidates for team Nebula are called back into the boardroom and discuss that they should’ve sold scarves instead of handbags. Their window display could’ve driven more sales by someone being in the window. Karthik is being described as a couple of ‘Fawlty Towers’ characters when he was on the shop floor, but he was not good at selling to a younger audience. Project manager Grainne has chosen to bring back Karthik and McKie, where one will be fired. McKie has stated that it is unfair that he has been called in, however it seemed to be down to him regarding the window and going for handbags. Karthik wants an opportunity where he will be better as a leader as others will listen to him. Lord Sugar believes the fault is with the handbag decision and wrongly influences others; therefore he decides to fire McKie. He believes that Grainne has the potential to be a business partner and will be keeping a close eye on Karthik.

The others cheer when Karthik and Grainne return as they all believed that McKie would be fired, that’s what happens to those who are arrogant.

Next week seems more exciting and interesting. Find out more next week where “the wheels come off”.