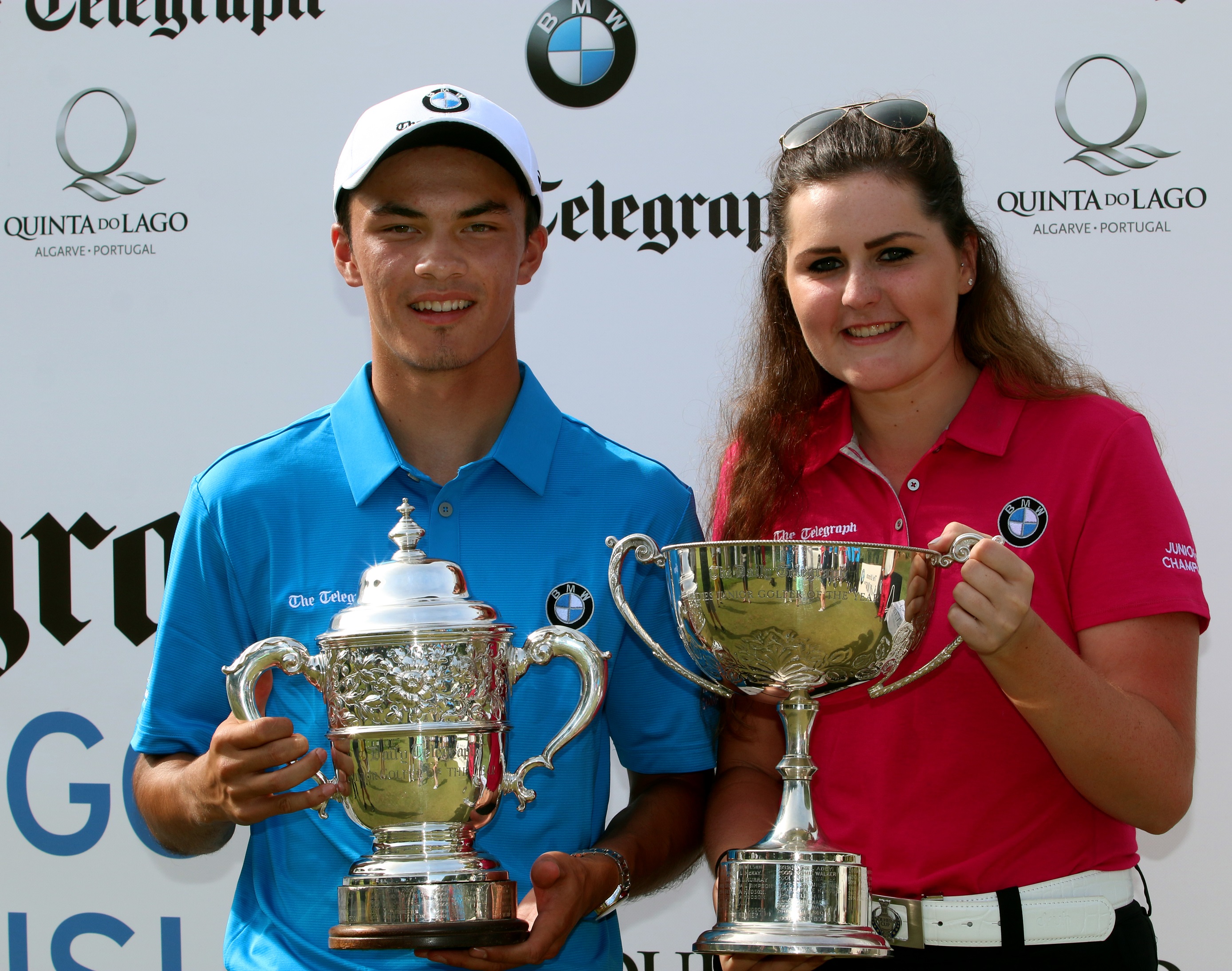 Harrison Linney, from West Essex Golf Club, will be hoping to emulate the feats of European Ryder Cup stars Justin Rose and Matthew Fitzpatrick next week after qualifying for the final of the 2016 Telegraph BMW Junior Golf Championship at Portugal’s prestigious Quinta do Lago resort.

Rose and Fitzpatrick are just two of the famous players to have triumphed in the event’s 30-year history, and Linney, 16, will be one of 12 boys and nine girls aiming to add their names to the winners’ list when the tournament takes place in the Algarve from October 31 to November 4.

The two-handicapper from Sawbridgeworth claimed his place in the elite line-up after heading qualifying after shooting an amazing course-record 62 at his home club in July in a round which included ten birdies.

Entering its fourth decade, the prestigious 54-hole stroke play competition – which will be held on Quinta do Lago’s highly-acclaimed North Course – will be returning to the resort for the fourth successive year, with the finalists coming from all parts of the British Isles and Ireland.

The 2015 event saw Northern Ireland’s Olivia Mehaffey – now fourth in the world amateur rankings – win the girls’ event by a staggering 16 shots while England international Jamie Li triumphed at the third time of asking in the boys’ tournament, and this year’s championship will feature another high-class field.

Heading the line-up will be English girls’ amateur champion Cloe Frankish and Irish boys’ champion Mark Power. Representing Scotland will be Peebles teenage ace Darren Howie, Denbighshire’s John Roberts will carry the hopes of Wales while Hugh O’Hare will be aiming to copy the exploits of Northern Ireland compatriot Mehaffey.

England international Louisa Brunt will be playing for the third year in a row, Frankish, Olivia Hamilton, Harry Goddard and Barclay Brown will all be making their second appearances, while Roehampton’s Alfie Fox qualified for the prestigious event after winning the McGinley Junior Cup at Quinta do Lago this summer.

This year’s tournament featured a record number of entries with an estimated 25,855 juniors participating, an overall increase of 38 per cent on figures last year.

Hailed by 2014 European Ryder Cup captain Paul McGinley as one of junior golf’s Majors, the tournament will be staged for the third year running on Quinta do Lago’s North Course, one of three 18-hole championship courses at the luxury resort.

The redesign of the North Course and the opening of the highly-acclaimed new Bovino Steakhouse are among a number of high-profile changes at Quinta do Lago, and competitors will have the chance to experience the resort’s full array of luxury facilities as well as enjoying complimentary accommodation at the nearby five-star Monte da Quinta Resort.

For more details about the 2016 Telegraph Junior Championship, call 0344 693 1885 or go to http://www.telegraph.co.uk/sponsored/sport/juniorgolf/