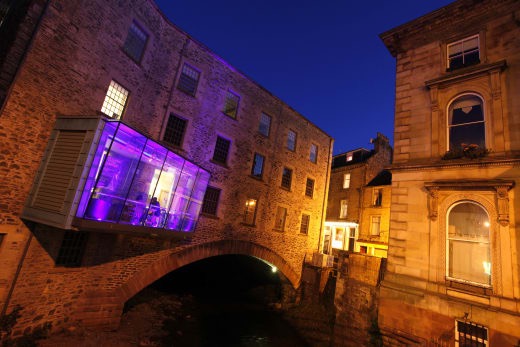 The Alchemy Film and Moving Image Festival in Hawick is one of four events across the country to receive support from VisitScotland.

The international festival of experimental film and artists’ moving image – taking place in Hawick between March 2nd to 5th – has been awarded £7,000 in round 33 of the EventScotland National Funding Programme, which is part of VisitScotland’s Events Directorate.

The festival is one of four events to receive a combined total of £32,500 in the latest round of funding, which aims to enhance event delivery and ensure wide variety is maintained across Scotland’s events portfolio.
The Alchemy Film and Moving Image Festival was founded in 2010 and is produced by Alchemy Film &

Arts in partnership with Heart of Hawick, a venue and cultural regeneration initiative run by Scottish Borders Council.
This year’s programme will feature 120 films, including 24 world premieres, with over 50 filmmakers in attendance. The films range from Warsaw-based Karolina Bregula’s The Tower receiving its UK premiere to the Scottish premiere of Rachel Maclean’s It’s What’s Inside That Counts which focuses on a group of rats addicted to the juice that powers phones and tablets in a nightmarish city.