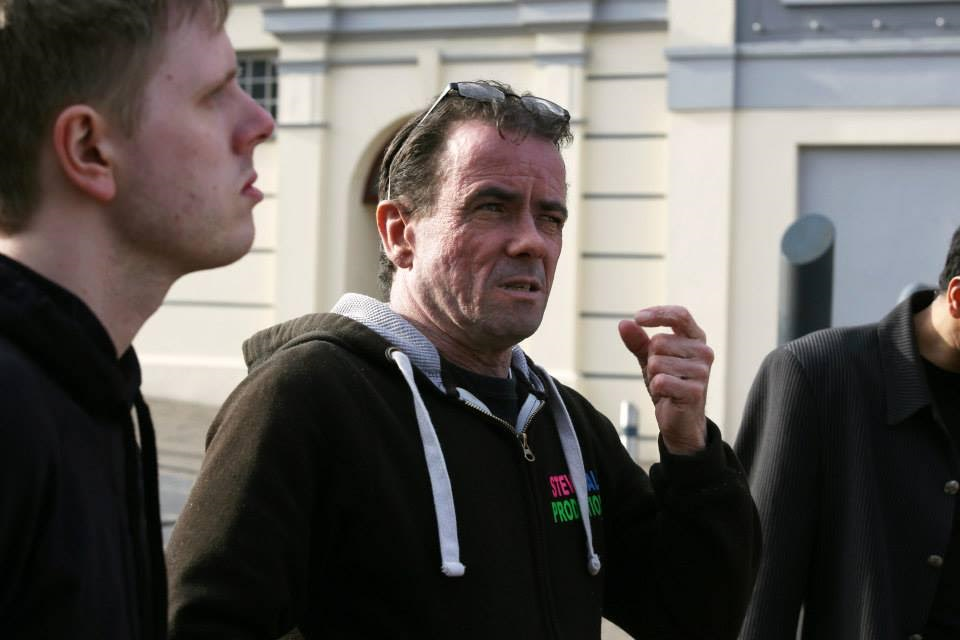 Steve Call is Yorkshire based director and producer, his current TV series Up North is currently on EssexTV, we held an interview with him.

Who Is Steve Call?

SC- I am a 51 year old self-taught independent film-maker from Bradford, West Yorkshire who also writes, produces, directs and edits my own creations. I also produce and write my own music.

Music has always been my first love and I only got into film making after I discovered how expensive a music video would have cost me for one of my tracks. Nevertheless I became hooked on movie making once I taught myself how to make movies. That was six years ago and I am still learning.

Making films has now become my passion, from the first script draft to the special effects in the editing I love it all. I used to make films and then get them duplicated by a company like VDC Group so that I could show people my work. You get to see a project all the way to the end which is of great satisfaction knowing you have created something that many people will enjoy for many years.

My first feature A TOTAL THUG UP was a great success in itself because throughout the years I made many shorts films and only did a feature to see if I could do it and learn from it. I leant.

Then I made TEARS IN THE DUST starring Dean Sills, the writer of UP NORTH, I worked with Dean on A TOTAL THUG UP and was impressed by his dedication to the industry and I gave him the Lead role. It paid off. He did a brilliant job as did Kuljit Singh, Jessie Joan and the rest of the cast, incidentally who are also in UP NORTH. Just proves that they are great actors.

What was your initial vision behind Up North?

SC- As we were filming TEARS IN THE DUST Dean had an idea regarding a comedy short about Northern folk. I asked him to send me a draft after we had finished filming TEARS. It is very unusual for me because I normally only shot my own stuff after the way THUG UP went. Say no more.

What was to be a short comedy UP NORTH thanks to Essex TV it turned out to be a TV series. Originally UP NORTH was to be a short movie, while we were filming TEARS Dean and I would talk about UP NORTH, feeding off each other ideas. I am a great visionary and I will often see the final edit while I am filming so I kinda know how its going to look before the edit, not sure if all directors can do this but it helps to get a focus of how it will look after Finnish filming.

After we shot the first, which was to become the pilot episode we began to plan for other episodes before Essex TV asked for five more. So we spent a lot of time developing the characters and coming up with gags and scenes we could add, the great thing about working with Dean is we are both on the same level so writing other episode was easy. I guess we haven’t grown up yet in that respect because we have the same sense of humour. I would help Dean set some of the scenes or give him an Idea and Dean would write it. This was good really because I was still editing TEARS IN THE DUST so it took the pressure off.

That was the norm for UP NORTH we chat what we could do next and Dean would write it, then we would get new ideas for the show. I also get a little role which again was by accident because the guy we asked to play the taxi driver didn’t turn up for the shoot so rather than waist a days shoot I took on the role as Patch Thatch, the reason behind the name PATCH was only because I had an eye operation the week before and had to wear an eye patch, hence PATCH the taxi driver. We used some of the cast from TEARS of which are Dean Sills, Kuljit Singh, Carley Motley and Jessie Joan who all played their roles brilliantly. Thanks to ESSEX TV it became a series.

Talk to us about some of the pressures of making the full series?

SC- Well to begin with I’ve never made a TV series before so this is a first for me, I’ve made loads of shorts, music videos and features, well 2 features, but not a TV series. The only TV stuff I have made was for music channels, so I kinda had some idea. But still I just treat it as a normal movie production but with a bit more of a deadline. Yeah DEADLINE. DON’T PANIC DON’T PANIC. One of the great thing we do is shoot on time every time and often finish shoots early. Both Dean and I are very focus on what we have to do in that day’s shoot.

Because we are aware of time and what we have to get done it never really becomes pressure. We allow extra time just in case things don’t go according to plan, thinking on my feet at that moment is one of my many skills and I am open to suggestions from the cast. So any idea is a good idea to me, plus it brings out the best in actors, I have a great team.

But having said that the thing needs editing, now that is a little different, while all the cast and crew are tucked up in their beds at night I am busy working away making the magic come to life. Sometimes the life stops. Yes stops. when your computer decides it don’t want to play anymore then the pressure starts. Now because we work on zero budget that means we have to make do with what we have, it tends to get a bit hair raising sometimes, my editing system is getting a little old about 6 years old so I am still editing on Final Cut Pro 7 which now isn’t as fast as it was, but it still works, just about. So if anyone wants to donate some new software and computers, it would be much appreciated. 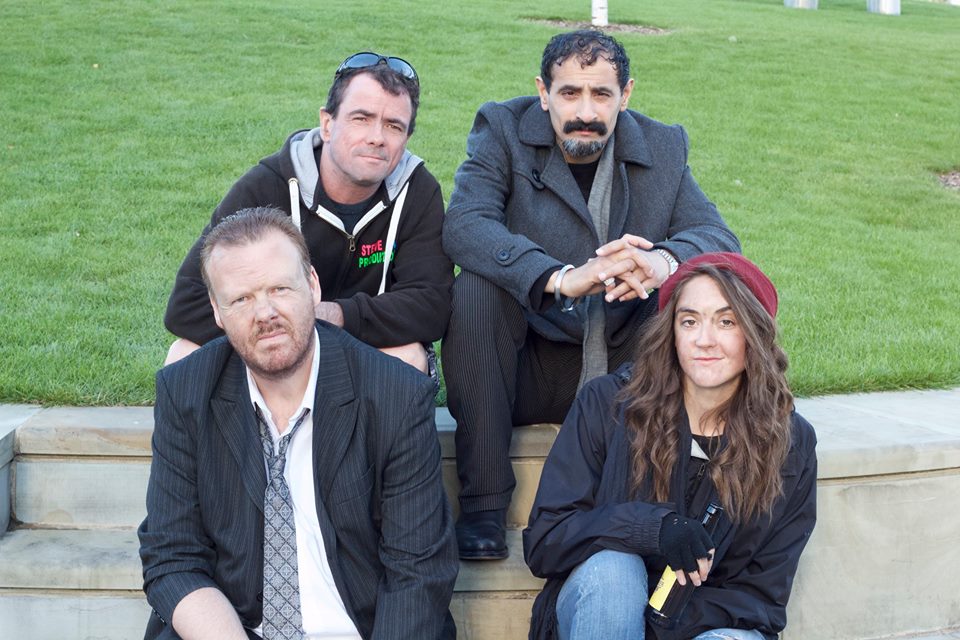 Do you feel there is something different about the Northern way of life?

SC- It has always been known as a North South divide, that is only if people let it.

The fast pace of the South has often been spoken about but up North its not always the case. I have many Southern film-making friends and one of the things that strikes me the most is the cost of filming. They would speak of how much they paid for a location. WHAT paid for a location? No chance. Up North we are pretty tight when it comes for paying for stuff like that, we even make our own props if we can, the reason is the government don’t fund for independent film companies like myself. So we look at what we have and what we can do and how we can use it and just do it. I am pretty blessed in Bradford for locations because its got loads of locations and most are free, its the same for Bolton Upon Dearne where we film UP NORTH most of the time. It’s is one of the reasons why we get a lot done. We try not to think of how much it will cost but rather what can we get for free so we just go and do it. We tend not to think, “we can’t do this because we don’t have that” we just make do and get on with it. To be brutally honest most of my rigs and equipment like steady cam, jib crane and lighting I made myself. Not because we are tight which we probably are but just so we can get on with what is important, Filming.

What can we expect from you in the future?

SC- Oh good question. Right, well first I have to get TEARS IN THE DUST out which is a little over due to the success of UP NORTH but that’s going to happen very soon and will be out on DVD. Both Dean and I have spoken about another season of UP NORTH of five or six episodes hopefully with a bigger budget so we can get more named cast members as the first series, we had Berne Clifton and Cortney Palm. We have a great cast, who do a fantastic job, we could not have done it without them, they are just fabulous and work very hard, not that I am a slave driver, mmm or am I, anyway both Dean and I are planning a new feature for next year called ON THE RUN and I will be shooting a SC-FI short with Kuljit Singh who plays Geoffrey Devi in UP NORTH called CODE M606. Dean and I have also spoken about producing a feature film of UP NORTH and a stage play.

Both Dean and I have many projects in the pipeline its just a matter of which one to choose first. The pilot of UP NORTH is now on DVD and the music sound track for TEARS IN THE DUST is out on CD and the digital download of the soundtrack will be ready soon.. We work well together Dean and I, we are just getting started.

Thanks to ESSEX TV they have created a great opportunity for us with UP NOTH in showcasing our talents for both Dean as a writer and actor, the cast and myself as a writer, editor and director and we look forward in working with them in the future.